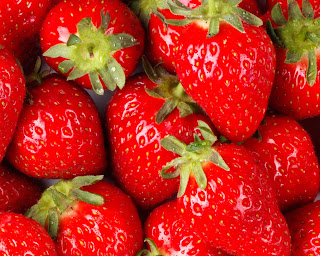 John and I spent the weekend at the Lake Eden Arts Festival, where we had a booth and taught a class on sustainable living. It's such an eclectic, joyous and family-friendly event and it was a pleasure to meet so many new people, many of whom told us that they had been hearing about the events at Laughing Waters and Hickory Nut Forest Eco-Community. It's exciting to know that the LEAF energy resonates with what we are co-creating here: fun, conscious and family-focused events and living.
Read More

16 Jun To Our Relations

Posted at 17:53h in Laughing Waters by Jane Lawson 0 Comments
0 Likes
Share
Grandmother Red Leaf, a Cherokee Elder, and Uncle Bob Randall, an Aborigine Elder, combined forces last Saturday, October 23, and presented a day of wisdom at Laughing Waters. Though their cultures have existed for centuries on opposite sides of the planet, it was inspiring to see and hear how similar their worldviews are. As evidenced by their names, both cultures place great emphasis on family relationships. In fact, families are considered to consist of everyone in the tribe or clan. Uncle Bob said that he didn’ t know who his real mother was until he was grown because all of her sisters were mothers to him.
Read More

Posted at 17:15h in Hickory Nut Forest by Jane Lawson 0 Comments
0 Likes
Share
Is your dream is to live in a multi-generational, eco-friendly community with a center for healing arts and celebrations in a gorgeous setting? The seeds of this dream are already sprouting at Hickory Nut Forest Eco-Community, and we are eager to hear your ideas on ways of growing it further. We want to invite you to our first exploratory meeting of like-minded folks who may be interested in living in Hickory Nut Forest and helping us in realizing this common vision.
Read More

08 Oct Laughing waters is under construction!

Posted at 23:18h in Laughing Waters by Jane Lawson 0 Comments
0 Likes
Share
Laughing waters is under construction! We began building the foundation last winter , and we are now close to completing the waterproof shell. This is our labor of love, to create a place where people can come learn, attend workshops and gatherings, and feel the healing presence of the land.
Read More

17 Oct Sharing Our Abundance with Those in Need

Posted at 21:15h in Hickory Nut Forest by Jane Lawson 0 Comments
0 Likes
Share
Today we had 25 people of all ages out in our organic apple orchard, Honey Bear Orchard, shaking trees and picking apples. We had a great abundance of apples this year, and we wanted to find a way to share this with people in need in the surrounding community. The Society of St. Andrews came out with all of these volunteers to gather apples from our trees. They are an organization that does gleaning, which is the gathering of fruits and vegetables from farmer’s fields at the end of the season that would normally go to waste. They then distribute the food free to hungry people in their community.
Read More

17 Oct What is the mystery of the laughing waters?

Posted at 20:41h in Laughing Waters by Jane Lawson 0 Comments
0 Likes
Share
Gurgling, Burbling, Chugging, Giggling, Warbling syncopation.
I sit on a moss-covered stone throne on a temporary island in the middle of the creek, misted by the water hurtling by. Tiny sandy beaches with mossy benches, big enough for one person, dot the banks. Rhododendron and hemlock groves frame the creek to the water’s edge. I imagine the massive rocks being tossed downstream from the Continental Divide by ancient gods in the beginning of time, when the mountains were so high that they touched the sky.
Read More

Posted at 18:10h in Hickory Nut Forest by Jane Lawson 0 Comments
0 Likes
Share
Apple picking, cider making, apple bobbing and eating homemade apple pies – an old time fest for families and kids of all ages. What a day! People came to climb ladders, shake trees and catch the apples as they fell. They carried bags of apples to the cider presses and made fresh juice the old-fashioned way.
Read More